In the beginning of june 2010 I found out on the internet that an english couple will cycle to New Zeeland coming from London. I was so impressed and immediately I decided to give them accommodation and navigation for free for a few days.
I wrote to them via email and they were glad to let me be their guide for a couple of days and they accepted my support.
Here came the lucky day when I met the wonder cycling couple. I remember it was on a friday in the second week of june last year when I cycled 40 km to meet them. We met near Socodor and they agreed to have a break in the small town of Chisineu Cris to have a break and to talk a bit to get to know each other.
Jodie took a picture of me and Tom. 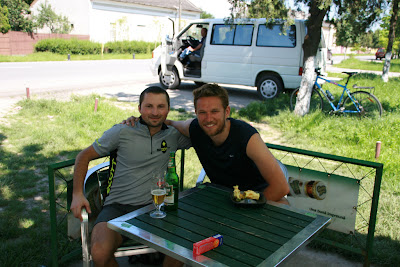 It was a very hot day and they unfortunatelly refused to have a beer. So they just had some water and ate some apples while I was drinking a couple of beers. They talked about their journey acroos the world and I wanted to help them a bit in Romania. We stayed there about an hour than off we went.
Near Sintea Mare village we saw such a lovely poppy field and Tom took a picture of me and Jodie. 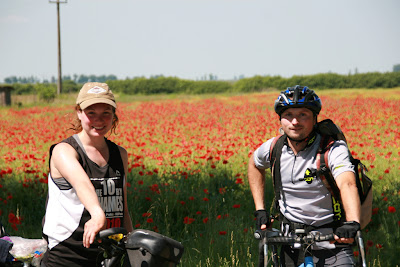 I liked that much the poppy field that I required another picture only for myself and with the field. 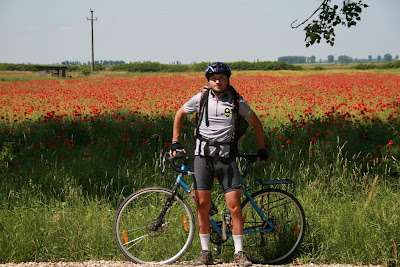 I love the flowers and this field was very special indeed. 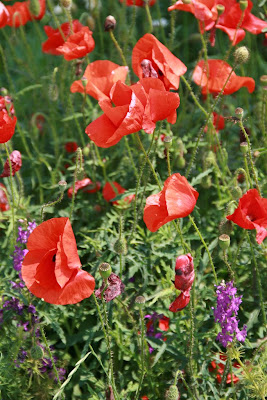 Then cycling another one hour and a quarter we reached my home which is in Ineu, a small town who has probably never seen globetrotters like Tom and Jodie.
Here I gave them a plentiful meal, they could take a shower, and I gave them a clean and decent room.
Tom liked very much my father's museum. 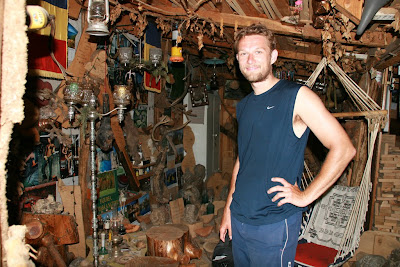 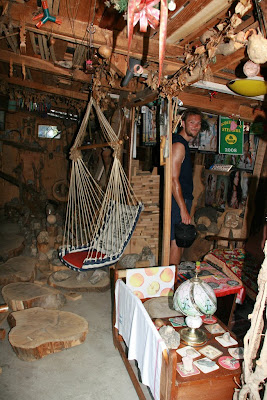 Tom was also interested in my bikes' cemetery and I told him stories about my tours throughout Europe and Romania, done with the old wrecks lying in my garden. 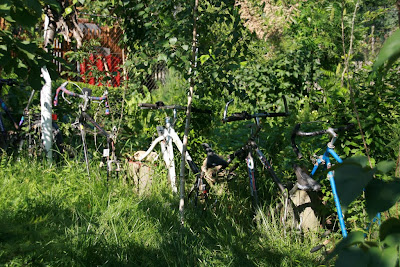 Then we had a great time, we had a lot of beers, we drank and we discussed till 2AM when It was high time we went to bed.
Next morning after a hearty breakfast it was time for us to head for the Western Charpatians.
We took a picture with us, our bikes and my rabbit Pufy in my courtyard just before leaving. 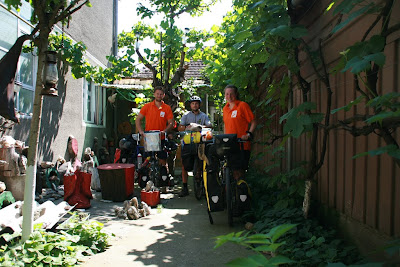 Just before leaving we had to go to the Post Office for they had to send a package home. Then we finally started cycling and it was quite late.
We first stopped for a picture near Sebis, a small town wherefrom we entered a picturesque area.
In the distance we can see Codru Moma Mountains, the first range of the Western Charpatians. 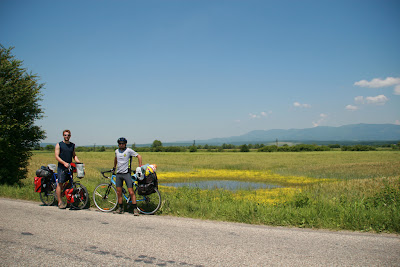 At Dezna village we stopped again, they had something to eat and I had some beers. Overlooking this hill there are some ruins of a medieval fortress. 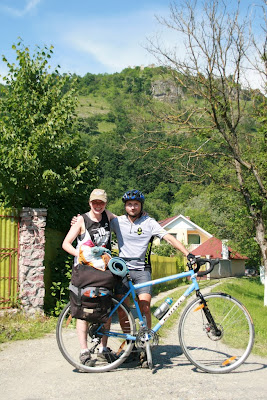 Next stop was at Moneasa resort which holds the most important spa in the region. Here I brought them to a small thermal lake where there are lots of waterlilies. Here I had a very relaxing dip in the hot water. 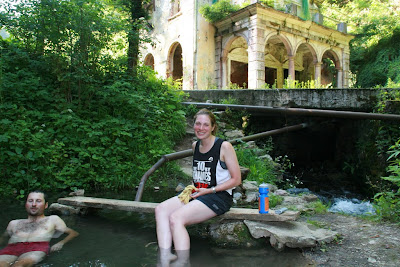 Right in this spot there is an interesting old building that fell into decay. 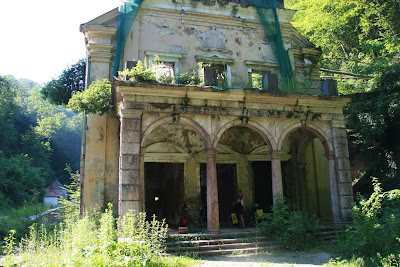 Jodie likes very much this ruin that in times bygone used to be a luxurious mansion. 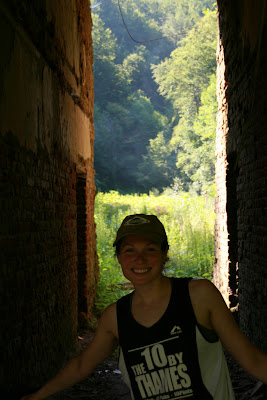 Quite an interesting architecture, indeed! 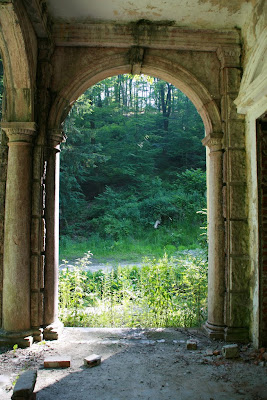 After another stop at a pub where I have some beers and they drink some water, it's time to go, we have to climb a pass on a unpaved road and their bikes weigh more than 50kilos each of them.
First we cycle next to Moneasa river and the incline is decent. 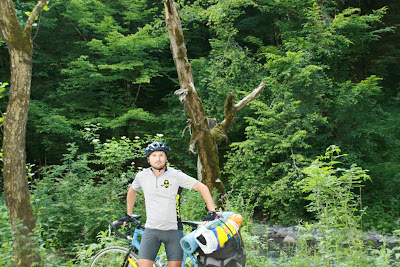 We have to make lots of small stops for the terrain is hard for them but I'm amaized how strong they are, especially mentally.
Tom is a wonder of nature. 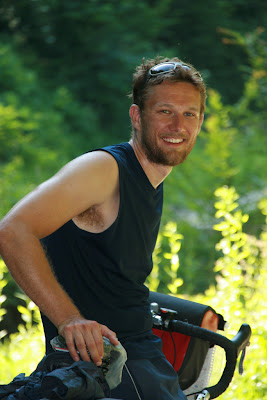 We have to climb about 12km and sometimes the slope is up to 10% so Tom is giving a helping hand to Jodie, by pushing her bike. 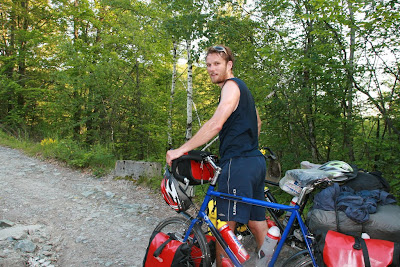 In less than 2 hours of hard working we are on the top of the pass. Hurrah!
Well done guys! In the distance we can notice the high Bihor Mountains that we have to climb tomorrow. 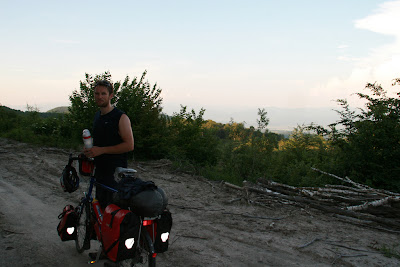 Rule Britannia - a special dedication for my english friends Tom and Jodie who cycled the world by bike.