We set out on a lovely adventure on two wheels in the gorgeous Western Charpatians. In this tour I was lucky enough to cycle with Razvan Anton, a good friend of mine from Canada. He travelled by plane till Bucharest, especially to cycle with me in Romania. We cycled together from Bucharest till Ineu where I live in 11 days and then we embarked upon another trip in the Western Charpatians.
We started our trip at Ineu. At Bocsig we turned left on a secondary road with little traffic. In the first part of the journey the itinerary was just fine, a bit hilly with many short and moderate slopes.
After cycling 40 km we had our first break near Olcea village at a restaurant where we had a tasty lunch.
God bless our friendship and our fancy for cycling tourism! 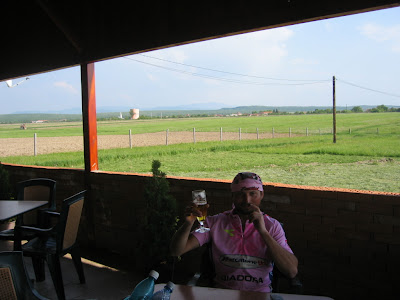 I was so happy to cycle with a good friend on a road with almost no cars. 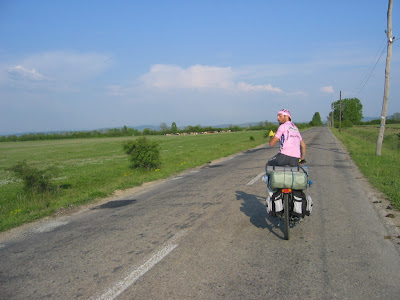 From Belfir we turned right heading for the Codru Moma Mountains. On our way we ran into a few carts drawn by horses. 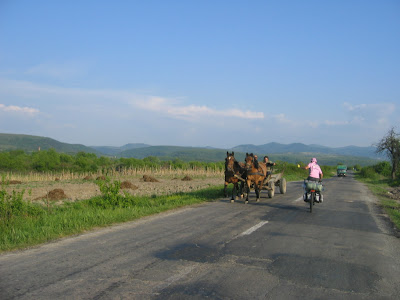 We were cycling in the Bihor district that has lovely vilagges with wonderful churches. We liked a lot the church from Soimi' township. 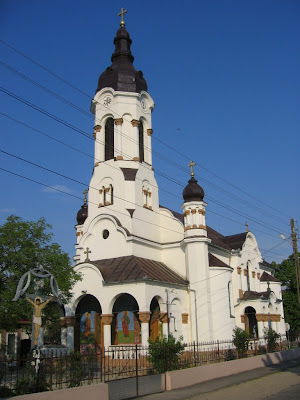 Soon we were cycling on the Black Crisius Valley and we entered Borz which is a very picturesque village. 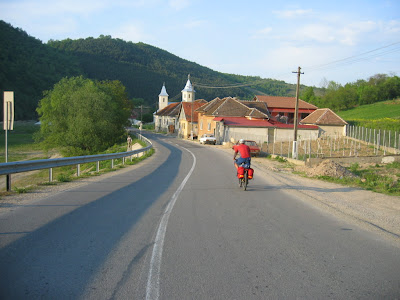 Here we stopped to gaze at some goats near some puddles. 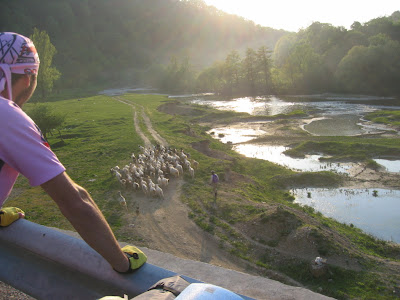 Then we cycled near the river on a freshly modernized road. 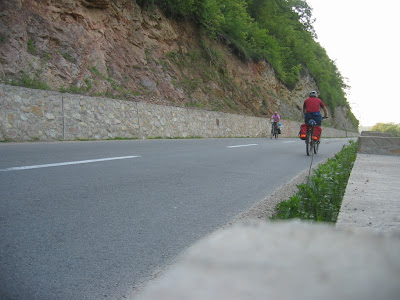 We set up our tents on a meadow near the river not far from a village. The next morning some cows invaded our space. 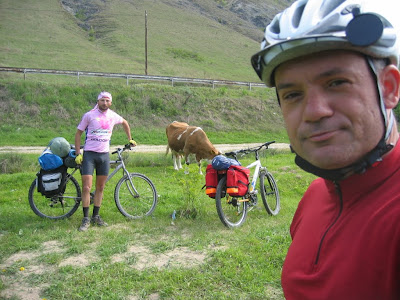 From Beius we entered on a new road and we passed through traditional villages. After Rosia village we had o long climb and the asphalt turned into gravel. We cycled through Albioarei Gorges. 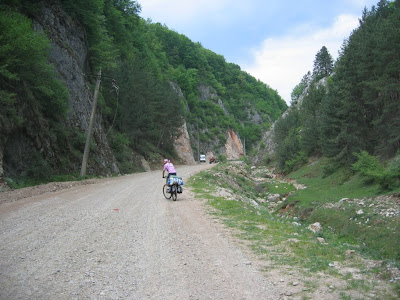 After the climb the asphalt turned up again and we were cycling on a tableland in the Padurea Craiului (King's Forest) Mountain. 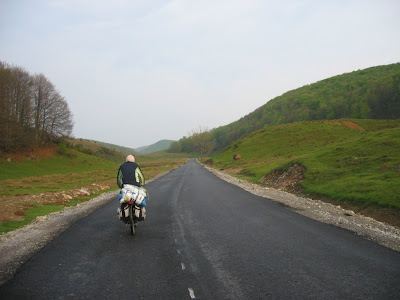 Soon we entered Damis village where we saw many fruit trees in bloom. 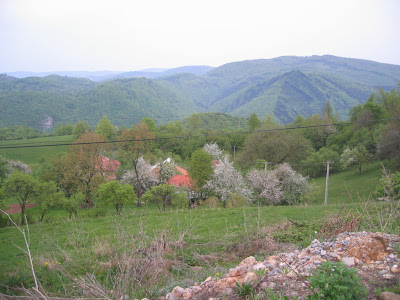 We were crossing Padurea Craiului Mountains. Razvan was cycling for the first time in this region and was very excited. 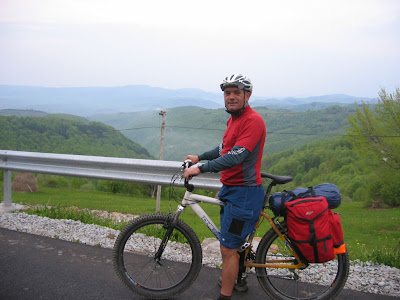 Then we had a few kilometers of flat terrain and then a long descent in hairpins till Bratca and there after eating in a restaurant we put up out tents in the area.
The next day we had to cycle a bit on a busy road and we had a tough climb of 5km. Then we stayed there and enjoyed a good meal at a tourism complex.
In a few hours we met some cycling friends from Cluj Napoca and we were cycling together on a spectacular route towards Stana de Vale, a well-known ski resort from Bihorului Mountains. 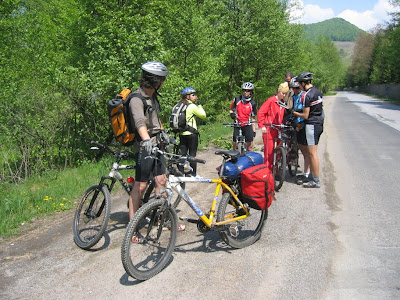 In Remeti village we saw a tiny lake full of fishes. 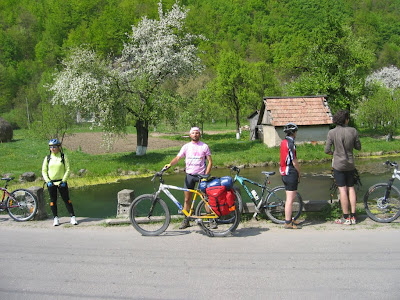 Here we stopped a bit and we took some pictures. 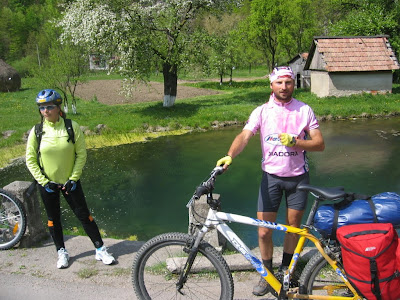 This village was very traditional and we came across o herd of goats. 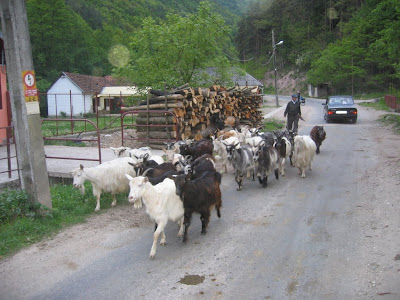 We were cycling on the Iada Valley, a very scenic route. 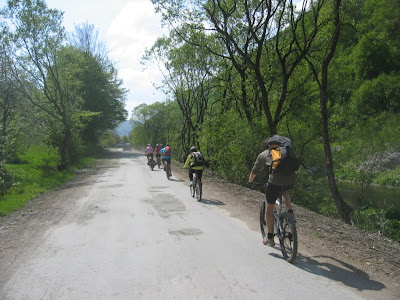 Soon we got to Lesu lake. 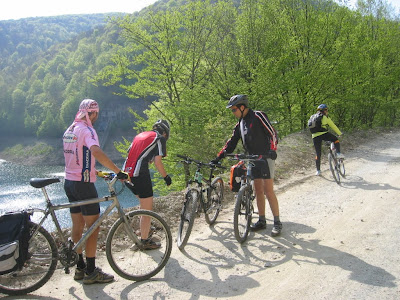 A few kilometers we cycled next to this interesting storage lake. 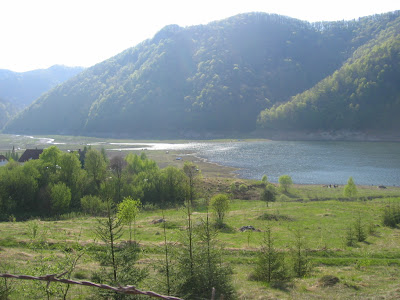 Soon the landscape became wilder and we entered the coniferous tree' forest. 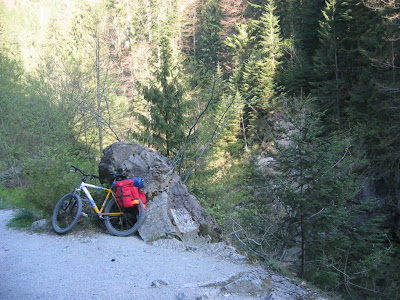 We had a long and steady climb and we met a few waterfalls. 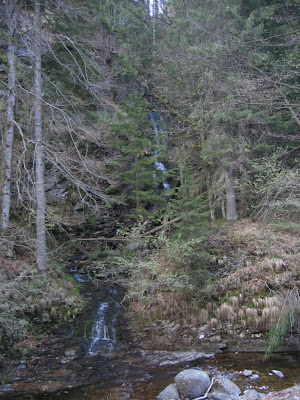 After a few hours of deligthful cycling we finally got to our camping place in the wilderness where we felt very well and we trew a small party. Here I was glad to meet a good friend of mine, Rick who is the best cycling tourist from his town, Buzias. We had quite a good time together. 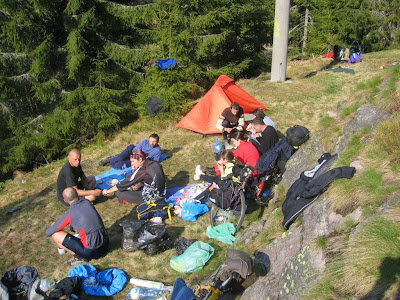 In the evening, me, Razvan and Rick, we went to a restaurant and we had quite a feast and Rick was very generous and payed the expensive bill. We felt so good that evening. Then we returned to our friends that were having fun around a bonefire.
The next morning we had to separate. We had to go in different directions. 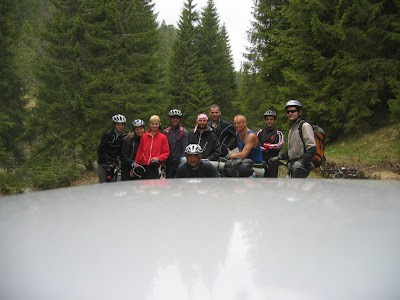 Me and Razvan, we had a 15km long tough descent till Budureasa village and soon we took leave of the mountains. 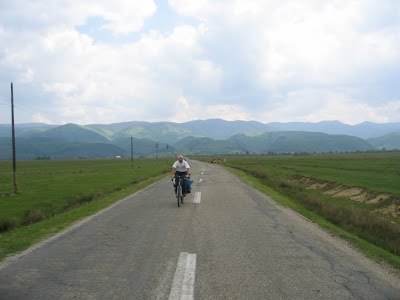 In Beius we stopped to have a pizza and then we had to cycle another 100km till home. 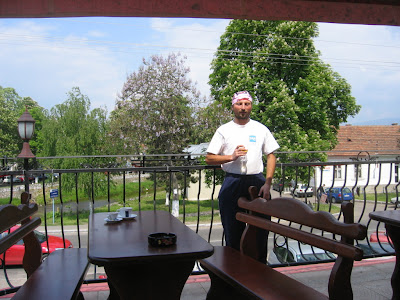